This movie gave me nightmares. Straight up.

Sometimes, during reflective moments, I look at my son and think, “I can’t possibly be this kid’s mother. When is his REAL mother going to swoop in and rescue him from me?”

Sometimes, during frenetic moments, I look at my screaming banshee son and think, “I don’t know what you want from me, kid! Here, just take my wallet! Also, my eardrums are bleeding.”

And sometimes, during funnier moments, I look at my little comedian and think, “This kid is hilarious. I MUST be his mother.”

And then, during nap time moments when he is neither moving nor speaking, I look at my little angel and think, “My mothering game is so TIGHT right now. For the love of god, kid, DON’T wake up for the next 4 hours. Mommy has to go stand under the shower and space out for a while.”

My husband makes fun of me for what I’m about to admit, but I heavily rely on making references to obscure 80s movies to make my point during most of our conversations. I may have a legit clinical disorder. As someone who grew up without television, I don’t why he even bothers talking to me. He never gets any of my references and it aways derails the conversation into me yelling, “WHAT? You never saw I’m Gonna Get You Sucka? Well, that’s YOUR problem, not mine.”

I think he married me just to keep me around as an amusing oddity, like having a kangaroo in the house as a roommate. A kangaroo…..with benefits.

Wait, no. Scratch that, it doesn’t work.

So when I referred to us as the parents from the 80s movie Parents, he looked at me like I insisted Doc Brown crashed his time machine into our living room, and he wants us to hop in for the good of our future. In other words, he didn’t know what the hell I was babbling about.

So, let me explain: the parents from Parents were seen from their child’s point of view as creepy and secretive with an overly cheerful facade that he was perceptive enough to see through, right to the nightmarish truth.

But in all honesty, we’re actually NOTHING like that. We keep it real, you see. TOO real, in fact. So on the surface, this was a poor choice of movie to compare us to. But, it’s the underlying idea that children don’t know what their parents are up to after they’ve been put in their cribs for the night, so the concept is loaded with mystery. I used to wonder what MY parents were doing when I wasn’t around. Partly because I was a weirdo only-child with no one to bounce my ideas off of. It also didn’t help that my parents thought this creepy movie was HILARIOUS, like they could personally relate to the parent’s struggle of keeping their nosey kid out of their dark double life. Trust me, this movie was NOT FUNNY.

I’ve now changed (upgraded?) stations from the suspicious child to the weird parent, and that simple concept BLOWS MY TINY MIND. I never thought I’d be a parent henceforth for the rest of my life. There’s no graduation ceremony to declare you ready for the GIGANTIC SHIFT in your life like a bar mitzvah, something that you’ve studied, prepared and trained for like a Rocky montage. Instead, you’re suddenly a parent, and you are NOT qualified for the job, you have no experience, no references, no vocational training for any of it. Yet, here you are, responsible for this other person’s LIFE, like it’s no big deal.

I don’t so much “parent” as I “blindly grope my way through the darkness” of parenting, and I can admit that. My husband, on the other hand, has gracefully ice-skated his way into the roll of father and he does triple-axel twirls around me while I fumble around and face-plant on the ice like the novice that I am.

“Don’t say “no” too many times, or he won’t respect you as his mother,” he says.

“That’s not his “I’m hurt” cry, it’s his “give me attention” cry. The difference is SO obvious.” he says.

“He’s trying to tell you that he doesn’t want eggs for lunch, he wants macaroni. Can’t you make out the babbling non-words?” he says.

And I’m like, since when did YOU become an old pro at this? We’ve both been parents for the exact same length of time, and yet somehow he is LIGHT YEARS ahead of me. 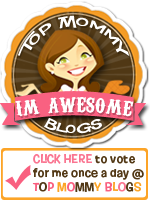